“In America, we celebrate success, we don’t apologize for it.”—that’s right…no need to apologize for your success. END_OF_DOCUMENT_TOKEN_TO_BE_REPLACED

She asked “Where does America stand?”—no one knows, not even President Obama himself. END_OF_DOCUMENT_TOKEN_TO_BE_REPLACED

“…There would be times in your life when you have to choose between being loved and being respected. She said to always pick being respected, that love without respect was always fleeting — but that respect could grow into real, lasting love.”–on what his mom told him

Well, President Obama is loved by many Americans. And that was why we elected him in 2008. But he has not earned our respect. END_OF_DOCUMENT_TOKEN_TO_BE_REPLACED

These states will be wins for Romney—for a total of 181 electoral votes:

Missouri (MO—10 electoral votes): In 2008, Senator McCain won this state by a mere 3903 votes. However, a recent St. Louis Post-Dispatch poll showed Romney still led Obama 50%-43% even with Obama-Biden’s efforts to pin Atkin’s legitimate rape comments on Romney-Ryan and the GOP. What is Romney’s opinion on the abortion due to rape? “I am pro-life. I believe that abortion is the wrong choice except in cases of incest, rape, and to save the life of the mother.”—Romney was quoted by Boston Globe in 2005. Romney-Ryan also led Obama-Biden by a margin of 54%-39% in the 50-64 age group, and 53%-40% in the 65+ group. Obama-Biden has failed to scare seniors with Ryan’s Medicare plan. In the end, Romney-Ryan will win this state—add 10 electoral votes for Romney-Ryan team (191).

Virginia (13 electoral votes): A recent Purple Strategies poll had Virginia swinging to Romney-Ryan’s direction—48%-45%. A month ago, Obama-Biden led Romney 46%-44%. With 38% of the voters are in the 45-64 age group while 11% in the 65+ group, Obama-Biden has again failed in fooling seniors with Ryan’s plan to reform Medicare. The poll also showed 47% believed Romney-Ryan would bring real change to Washington DC while only 40% still believing in Obama-Biden’s delivery of “Change”. And, 47% believe Romney-Ryan has better economy plan than Obama-Biden (40%). Romney-Ryan will need to steer this election back to economy. November will bring a close victory in VA—add 13 electoral votes for Romney-Ryan (204).

Wisconsin (WI—10 electoral votes): What a difference can month make in a presidential election? A Marquette University poll in early July had Obama in front of Romney by 8% (51%-43%). A recent poll from CBS/New York Time—two left wing media—showed Obama-Biden leading by only 2%. Romney-Ryan now only trail 47%-49%.  On economy, 49% believed in Romney-Ryan team while 43% still believing in Obama-Biden. And 44% were favorable toward Ryan while 35% favoring Biden as Vice-President. Paul Ryan has been an important factor to swing Wisconsin closer to Romney. However, with economy still being the most important issue (by 54%), Romney-Ryan team needed to swing the discussion back to how they can change this going-no-where economy. Ryan will campaign hard. Governor Walker may make a difference in this state also. Add 10 for Romney-Ryan (229).

Michigan (MI—16 electoral votes): has not gone “Red” in presidential election since 1988. Michigan has no business of being a swing state (period). However, this year’s race is much closer than Obama’s 16% margin victory in 2008. A recent FMW poll actually showed Romney-Ryan leading Obama-Biden by a 4% margin, 48%-44%. The poll also showed 48% supported Ryan’s federal budget plan—including major changes in Medicare and Social Security—while 45% opposing it. An article from Forbes (8/15/2012) showed that General Motors (GM) heading into bankruptcy again—so much for Obama touting that he saved GM and Detroit with billions of bailout money from tax payers. The government already lost over $16 billion in GM stocks. GM and Michigan need a solid leadership in Washington DC for help not bailout money. Michigan’s unemployment rate in July was 9.0%, up from 8.6%. The state will turn to its native son in November. Add 16 for Romney-Ryan in what could be the upset win of 2012 (245).

Florida (FL—29 electoral votes): There is no possible way for Romney to win this election without winning Florida—unless it’s a landslide nationwide. An early August Rasmussen poll showed Romney-Ryan in front of Obama-Biden 45%-43%, relatively unchanged from last month. On the other hand in a late August CNN poll, Obama led 50%-46%. In this CNN poll, Romney-Ryan won the over-50 age group, 49%-47%. This is significant since the Sunshine state has 22% of the voters 65+ age group and 37% are in the 45-64 group—based on 2008 election data. Obama-Biden has failed in smearing Ryan’s Medicare plan. To win Florida, Romney-Ryan will need to show how their economy will be good for the country and Florida. This will be a tight race. In the end, add 29 for Romney-Ryan (274). 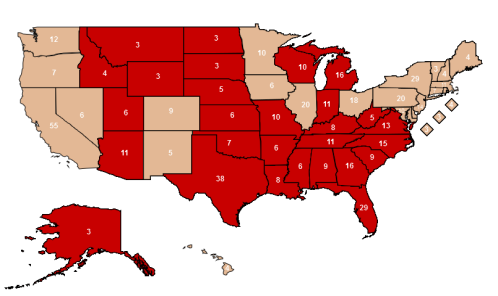 The national unemployment rate is 8.3%.

Romney-Ryan will need to get back into economy and jobs plan discussion—leave the nonsense discussions to Obama-Biden on such topics as contraceptives, tax releases, bank accounts, etc. 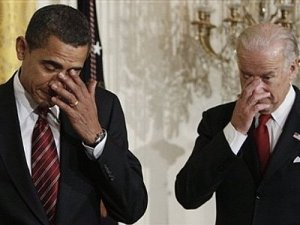 Obama-Biden thinking about their futures

Speculation is that Obama administration to pressure Euro to keep Greece in Eurozone—at least until after the November election. (Read here for details) END_OF_DOCUMENT_TOKEN_TO_BE_REPLACED

A taste of her own medicine

Chinese flags and banners in hands, some 2000 people took to the streets in the city of Shenzhen. They flipped over and smashed Japanese-model cars. They attacked Japanese businesses. They burned Japanese flags. All of these were in protest of Japanese activists landing and waving Japan’s flag in the rocky islands, known as Senkaku. END_OF_DOCUMENT_TOKEN_TO_BE_REPLACED

According to an article from Businessweek on 8/16, Romney said “I did go back and look at my taxes, and over the past 10 years I never paid less than 13 percent. Every year, I’ve paid at least 13 percent, and if you add, in addition, the amount that goes to charity, why, the number gets well above 20 percent.” END_OF_DOCUMENT_TOKEN_TO_BE_REPLACED

In general, MediCare is a health insurance program for people of age 65 or older.

Based on a report by Congressional Budget Office (CBO), MediCare is $23 trillion underfunded—this is the difference between the benefits promised and the taxes actually being paid into MediCare. END_OF_DOCUMENT_TOKEN_TO_BE_REPLACED

According to an article from Reuters on September 20, 2010, the National Bureau of Economic Research (NBER) believed the recession that started in 2007 ended in June 2009—aka the so-called Bush’s recession. NBER also said any downturn from now on would be result of a new recession and not the continuation of the 2007 recession. END_OF_DOCUMENT_TOKEN_TO_BE_REPLACED

The choice has been made… 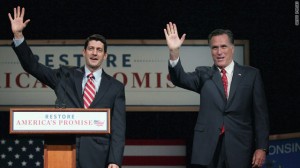 And there is no better candidate for than Paul Ryan for the GOP ticket in this year’s election. END_OF_DOCUMENT_TOKEN_TO_BE_REPLACED 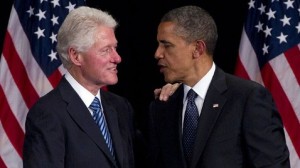 Before he re-nominates Barack Obama, he would advise BO:

Boy is turned in by mom

On Monday, 8/6, a 10-year-old boy and his 2 younger friends broke into Minh Tran’s house and beat her up with sticks, rocks, potted plant and a plunger. END_OF_DOCUMENT_TOKEN_TO_BE_REPLACED

Another tragic and senseless shooting

The shooter—Wade Michael Page—shot a crowd of followers arriving for the 11:30am service at the Sikh Temple of Wisconsin in Oak Creek. Six were killed by him before an officer was able to shoot and killed the shooter. Three were injured, including the first officer responding to the scene, and were in critical condition. END_OF_DOCUMENT_TOKEN_TO_BE_REPLACED

In July, the economy added 163,000 jobs—Obama will want you to believe his policies are working, slowly but steadily (?)

However, the unemployment rate is now at 8.3%—a steady increase from 8.1% in April, May to 8.2% in June as reminded by Romney. END_OF_DOCUMENT_TOKEN_TO_BE_REPLACED

Congress shall make no law respecting an establishment of religion, or prohibiting the free exercise thereof; or abridging the freedom of speech, or of the press; or the right of the people peaceably to assemble, and to petition the Government for a redress of grievances.

We enjoy saying what we believe.

We enjoy saying what we disagree with. END_OF_DOCUMENT_TOKEN_TO_BE_REPLACED

East Sea (click on image to see a larger map)